Dying in the 21st century 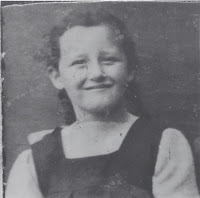 Today marks the 75th anniversary of my mum's birth, but sadly she is no longer with us to celebrate such an auspicious occasion. Only 22 days ago, February 14th (Valentine's day!!) I was standing in the immigration line of Toronto's Pearson airport, reading a text message just received from my sister that simply said "she's gone". After receiving an urgent call from Toronto earlier that day I had managed to book my flight and leave for the airport with two hours notice. Sadly, my race to get from Barbados to be at mum's side in Toronto's Sunnybrook hospital was lost by only an hour or so.

Mum had succumbed surprisingly quickly to a cruel, usually terminal disease known as ALS, Motor Neuron disease, or more commonly 'Lou Gehrig's' disease after the famous American baseball player whose battle with the illness was featured in a successful film.
The most famous victim of ALS, the world renowned physicist and cosmologist Professor Stephen Hawking, is amazingly still alive and leading a productive life after suffering with the ailment for over thirty years. After the shock and gut wrenching news of my mother's diagnosis, my whimsical side hoped that somehow she would not only have several years of life to experience, but as a bonus might also suddenly start spouting hitherto unknown facts about black holes and event horizons.

My mum's diagnosis of ALS focused my mind on the reality of death, and in an effort to prepare myself for the inevitable (mine too :) ), I searched the TED talks app on my iPhone for any lectures relating to dying or the passing of a loved one. I stumbled across this fantastic Tedx Newy talk by Peter Saul titled "Dying in the 21st century".

Peter's talk was inspiring, touching, humorous and made a lot of sense. If you'd like to take a moment to watch it (13minutes actually) I can wait...

My Mum stated quite clearly that she did not want to live with the ravages of ALS, and as the disease progressed she did several very smart things. First she got her will in order and made her final wishes clear to my sister (cremation and a party in a pub for her life to be celebrated rather than mourned). Then, in my sister's presence, Mum made it clear to her doctor that if she were to stop breathing, she did not wish to be resuscitated.

How interesting that this was more or less what Peter Saul described in his talk. My Mum was able to articulate her needs and with the help of her doctor had some control over the manner of her departure.

After a successful operation to insert a feeding tube into her stomach, mum's breathing began to fail and the palliative care team took over. They gave her morphine which made her sleep, and more importantly, a drug which prevented her lungs from sending messages of panic to her brain. Instead of gasping for her last breath, she sailed off in painless peace as her breathing gradually diminished.

In the immediate aftermath of my Mums's death, friends and acquaintances ask me (or more often my wife) if I am O.K. I answer them by focusing on the positive. Yes it's a terribly stressful and sad thing to lose a parent or anyone that you love, but it could have been much worse. Mum had an amazing life, she ultimately had some control over how her life ended and did not suffer. I hope that each of us will be so fortunate when the time comes for our most inevitable departure. 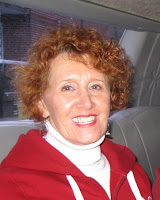 postscript: - Mum did get her last wish. Two weeks after her death, a wonderful celebration of mum's life was held in a Toronto pub with over 50 of her friends, relatives and workmates in attendance. The evening was filled with brilliant speeches, recollections, laughter, a few tears and many toasts for a well beloved mother and friend.

"Because god made us that way"

My eldest son is currently enrolled in one of the best (If not THE best :) ) secondary schools in Barbados. He worked incredibly hard to get there, we are very proud of him and we are also very happy with the school to which he gained entrance.

One of the joys of parenting is collecting your child from school on an afternoon, and hearing the news of the day. Last week my son said, "Dad, today we were encouraged to celebrate 'Black history month'."
"That's good" I replied. He continued by describing how in morning assembly, a head-teacher told them that even the students who are not black should celebrate black history month since "As we all know, the garden of Eden was in Africa, and that's where we all came from".

Well, I somehow managed to keep the car on the road as I laughed and tried to digest that little gem. I can think of many really good reasons why we all should study black history and any other kind of history in our fascinating world culture, but justifying it's celebration by using a myth? In a place of learning? Little did I know that more of this irrationality was around the corner.

Two days later, my son related to me an incident that occurred during his integrated science class. The day's topic was about the sound frequencies that various mammals can hear. My son was curious as to why humans have a different range of hearing to other mammals and asked  his science teacher to explain why humans don't hear as well as some other species, his teacher replied "Because god made us that way".

As an atheist, one of my main arguments against religion is that it extinguishes mankind's natural curiosity and desire to explore the cosmos. The basis of science and all our scientific and technological advancements are made possible by simply asking a question, thinking of a potential answer to that question and then testing that answer by experiment and observation. Religion on the other hand demands that we accept dogma, and rewards unquestioning faith. If we accept "Because god made us that way" why should we progress any further?
I explained to my son that humans hear the way we do because we have evolved. If having the ability to hear higher frequencies was crucial to our survival then those tendencies would surface through the process of natural selection.
I went on to suggest (tongue in cheek) that the next time he is unable to answer a question on his science test he should simply write "Because god made it that way" and let's see the reaction of his teacher...

"Faith is the great cop-out, the great excuse to evade the need to think and evaluate evidence. Faith is belief in spite of, even perhaps because of, the lack of evidence" - Richard Dawkins