In conversation with a friend last weekend, I was reminded of a time in my life, before my family arrived in Barbados, when we lived in Saratoga California and I attended Harker Academy in Palo Alto.
Yes, that is me in the middle with a shiny horn (The same selmer mark VI that I play today).
Although not a part of the cadet program, we were drafted to play a few times a week when the cadets marched around the field. After a disastrous attempt to get us to march and play in formation, our band master Dana Morgan wisely decided that we should stand in one place, and leave the marching drills to the cadets.
This is actually where I first began to improvise. you may notice the small music books attached to our instruments. After the first 6 weeks of repetitively playing these songs they were etched in our memories (I can remember them all to this day). To circumvent the tedious routine of playing the same songs over and over, the saxophonist to my right encouraged me to play a game where we would vary the notes of the melody without Mr. Morgan noticing. This was a good ear training experience since we had to find the chord tones that would match the harmony of the moment and allow our alternate melodies to fly under our teacher's radar.
This picture would have been taken around 1975 in a school that was a very different experience to the one I would have in Barbados a few years later. It's interesting to note that unlike the Barbadian government schools of today, back then at Harker, there were no school prayers and no corporal punishment of students.

Posted by Andre Woodvine at 09:54 No comments:

I'm looking forward to this performance with my musical mates and its for a good cause too! Hope you can join me as we support children living with Cystic Fibrosis. This fund raising gala dinner will assist kids with their medical and travel expenses. Tickets are available at all Wine World locations and online at www.tixprocaribbean.com.

Much has been written about how so called smart devices such as iPhones and iPads have interfered with our social and family interactions.
On occasion I myself have been guilty of allowing my mind to wander away from a conversation in order to check something on my latest smart addiction.

In contrast to this, once in a while we get it right, and the worlds of the internet and smart phone create a magical tool for building unique life experiences that can be shared. 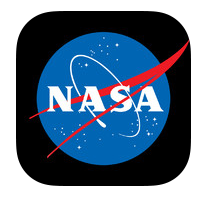 I've always been curious about space and technology, but recently my interest was piqued after downloading the NASA app for iPhone, which in turn led me to download an app for locating the International Space Station in real time.
The app, called ISS spotter not only shows the position of the ISS but it will also let you know in advance when you will be able to see it over your earthly location and from what direction it will appear. 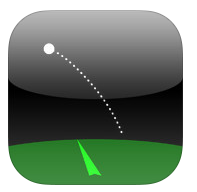 Catching a glimpse of the ISS is not as straightforward as it sounds. During the day, the reflection of sunlight from the station is not bright enough for us to see down here in daylight and in the middle of the night there is no sunlight reflecting from the station back down to earth. To be seen from the earth's surface, the ISS has to pass overhead at dawn or dusk when the suns rays still catch the station and the earth below is in shadow.

A few weeks ago the ISS spotter App predicted that the station would be passing over Barbados in the early evening. My youngest son and I shared a magical moment on our back patio, tracking the ISS on my iPhone as it passed over Canada then the United states and finally made it's way over to our corner of the world. As it's orbit brought it closer, we looked up in the direction the app indicated and there, passing over us, was the most amazing man made achievement silently sweeping through our tropical sky.

The somewhat geeky fun didn't end there. On April 30th NASA made the video feeds from four cameras attached to the outside of the ISS available to any earthling with an internet connection. The link to the website and video feed is here. 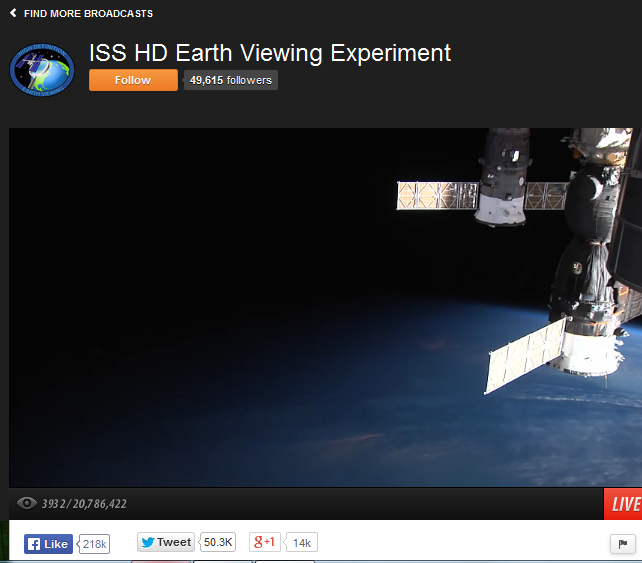 I hooked up my computer and TV via an HDMI cable while my family gathered around to see our beautiful planet filmed from space in real time.
Using the ISS spotter we were able to see its position and figure out what part of the world we were looking at. The icing on the cake came when the ISS passed over the Caribbean and in the comfort of our living room we caught a glimpse of our beautiful island home from the edge of space.
Posted by Andre Woodvine at 20:33 No comments: